It is important for lawyers dealing with torture complaints to act promptly and efficiently against the backdrop of increasing in police and state torture.

To support them, The Right Life Organization has teamed up with Attorney – in – law Ms. Armisa Tigel, the organization has long campaigned against torture, inhuman acts and degrading treatments to develop guidelines for lawyers dealing with torture cases and to launch in collaboration with the human right lawyers association.

The key points are addressed by Mr. Saliya Peiris, President’s Councel, and President of the Bar Association of Srilanka and other points were addressed by Attorney – in – laws ArmisaTigel, Janaka Edirisinghe and Thanuka Madhava.

Commenting on the guideline book, Attorney – in – law ArmisaTigel stated she was happy about the opportunity she got to prepare the book and she hopes to give extensions with more facts in the coming years.

President’s councel Saliya Peiris stated “This book will be used by the Bar Association as well as the lawyers. In order to eradicate torture from Srilanka, the functions of independent and accountability for their actions in government institutions must be initiated and trained’’ 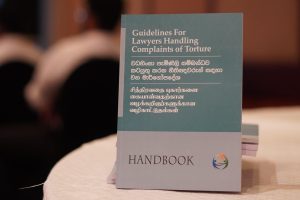 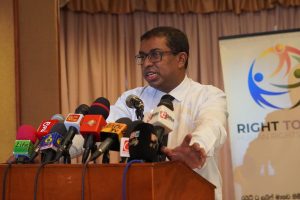 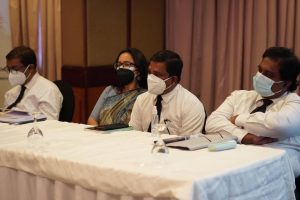