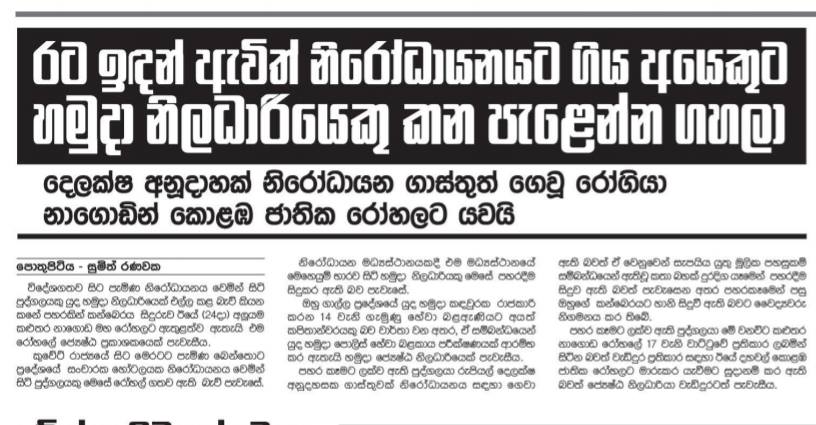 A Sri Lankan Sinhala newspaper (Mawbima) reported on 18th March that an Army officer in the staff of a state-run Covid-19 quarantine centre had slapped a person who was being quarantined.

The victim was admitted to Nagoda hospital in Kalutara district with a damaged ear drum and he was later transferred to Colombo national hospital. He was in a state-run quarantine centre in a tourist hotel in Benthota after paying Rs. 290,000 for his compulsory quarantine period after returning to Sri Lanka from foreign employment.

Link to the original story in Sinhala language